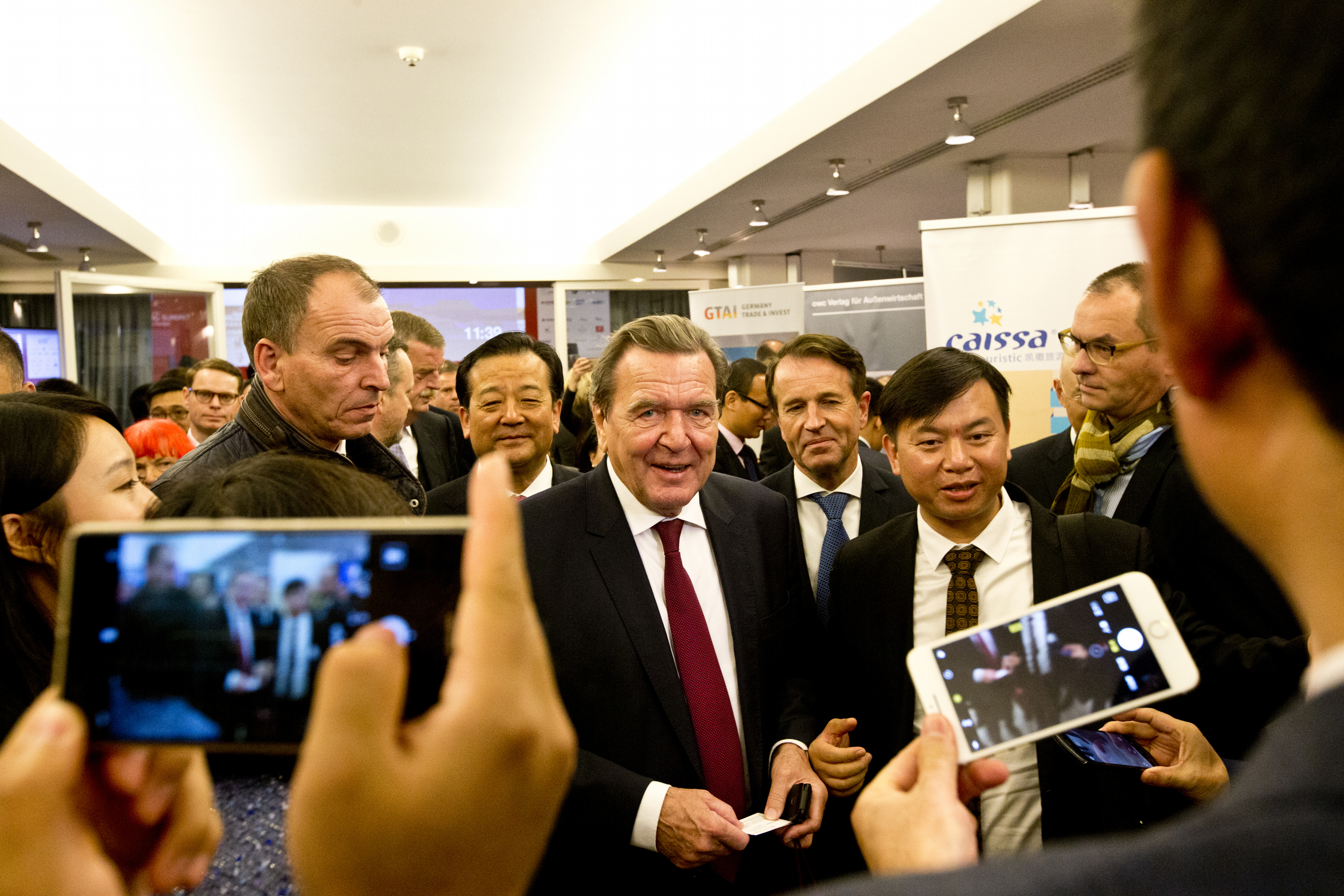 Germany and China Continue to be Strong Partners

In his opening speech of the seventh “Hamburg Summit: China meets Europe”, former German Chancellor Gerhard Schröder highlighted the importance of German-Chinese relations: “In the last four decades, China and Germany have built a very successful partnership.” He said that Germany continues to be China’s most important partner in Europe, with Germany opting for political cooperation with the People’s Republic over recent decades. “Cooperation, rather than confrontation, should characterise the relationships between countries, even when their political and economic systems differ”, emphasised Schröder. “In today’s world, there is no country that can master all these new challenges alone. This is why we must intensify the strategic partnership with China in all areas – in politics and culture, as well as in the economy and civil society.” After his speech, Gerhard Schröder, who was made Honorary Chairman of the conference this year, also received the China-Europe Friendship Award in recognition of his outstanding achievements in cultivating relations with China.